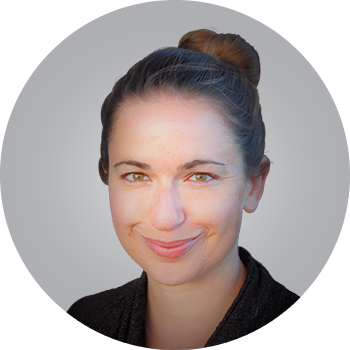 Ally has taught the LSAT for about ten years. A career educator, she began teaching LSAT classes on evenings and weekends in 2010, alongside her work as a public school teacher. As much as she enjoyed teaching middle schoolers, she also loves the drive that her adult students bring to LSAT class and the challenge of tackling complex logic alongside them. Fascinated by learning science, she delights in uncovering teaching tools that support learners with diverse needs and learning preferences. She has taught over a thousand students, including hundreds of LSAT and GMAT students, and served as an Instructor Manager and Manager of Training Programs at Manhattan Prep. Ally is the type of person who likes to keep her options open, so she took the LSAT in her senior year at Duke University. Though she didn't spend much time studying, she surprised herself by scoring a 178. She attributes this to her extreme nerdiness for speech and debate in high school. There, she learned the common logical fallacies and entertained herself on weekends by picking arguments apart in competitive tournaments. Ally opted to pursue education instead of law, earning her master's degree in education at the University of Virginia and beginning her career as a D.C. Teaching Fellow. She was delighted to find an opportunity to use her LSAT score for good when she became in instructor for Manhattan Prep in 2010. She loves hearing what drives her students to pursue law school and supporting them in pursuing their dreams. Outside of work, Ally enjoys spending time with her beloved senior dog, Hunter, and exploring the great outdoors of California through rock climbing, hiking, and backpacking.

Cookies and other technologies are used on this site to offer users the best experience of relevant content, information and advertising.